Using a combination of existing airborne magnetic, radiometric and electromagnetic geophysics survey data, Armada has delineated an initial 18 named targets, situated along a distinct basement corridor.  A new high resolution airborne electromagnetic survey using the New Resolution Geophysics (“NRG™”) Xcite™ system1, is currently in progress over the Libonga North, Matchiti Central and Doumvou targets with a view to assisting the detailed drill hole planning.  Armada considers the 20km-long Libonga-Matchiti Trend to be drill ready and a drilling programme of 3,000m is planned to commence in the second half of 2021 with an Initial Public Offering (“IPO”)  targeted for Q3/Q4 2021 to coincide with drill rig mobilisation.

Armada Exploration Limited, a Mauritian holding company (“Armada” ) which owns 100% of Armada Exploration (Gabon) SARL which is the holder of two exploration licences, prospective for magmatic Ni-Cu sulphide, in Gabon (Figure 1). Through its two exploration licences (G5-150 and G5-555), see Figure 1 and Table 1 below, the company holds rights to 2,991 km2 of ground associated with the Congo Craton margin. The basement within the licence areas have been intruded by a suite of mafic and ultramafic intrusions (Figure 2) which represent the primary target for magmatic Ni-Cu mineralisation in this area.

Armada was established to define new belt-scale discovery opportunities for key commodities (principally nickel and copper) in under-explored regions of Africa. With >US$10m spent targeting an area of >16,000km2, the company is preparing to drill a multi-target project opportunity for magmatic Ni-Cu sulphides in the Nyanga area, southern Gabon. Armada is supported by a Board and Africa-based technical team both with a track record of successful African projects. Key members of the Armada targeting team were awarded the 2015 PDAC Thayer Lindsley Award for an International Mineral Discovery (as members of the Kamoa/DRC discovery team alongside Ivanhoe Mines). 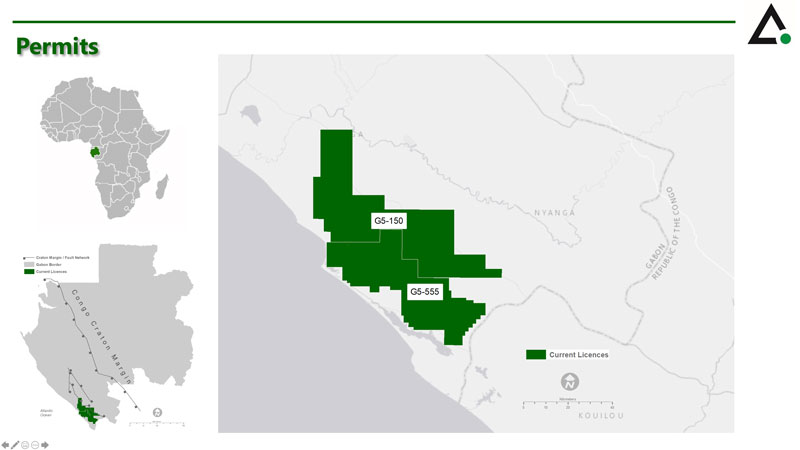 Figure 1: Location of Gabon in relation to the African continent and Armada Explration Tenements (source: Armada)
+ 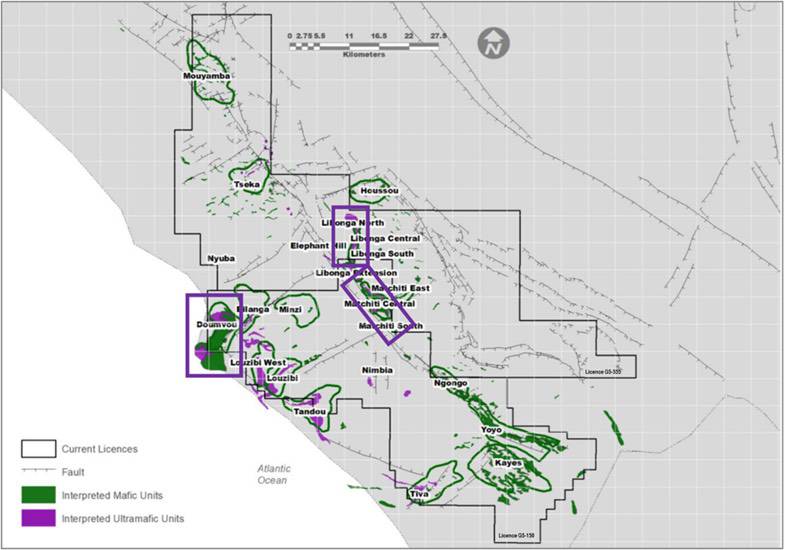 Gabon (officially the Gabonese Republic) is a country on equator on the west coast of Central Africa. Gabon’s abundant oil resources and foreign private investment have helped make the country one of the most prosperous in Sub-Saharan Africa. Gabon is estimated to have a population of 2.1 million people, the capital and largest city is Libreville and the official language is French. The country updated its Mining Code in 2019 and is perceived as proactively encouraging the development of its mining sector in light of diminishing oil reserves.

Metal Tiger has subscribed for 5,000,000 new ordinary shares at a price of US$0.15 in Armada for total consideration of US$750,000 via a promissory note with US$350,000 to be invested up-front and with the $400,000 to be paid in monthly instalments of US$80,000 over a period of 5 months. In the event of a public listing Metal Tiger will need to settle any outstanding amounts under the promissory note in full at the time of the public listing. Following completion Metal Tiger will be interested in 18.5% of the issued ordinary share capital of the company. Metal Tiger will be given the right to appoint a director to the Board of Armada (or equivalent top co. in the event of a restructuring as part of a listing). Metal Tiger has not yet opted to take up the right for a Board seat.

Notes:
1: Exploration Permit translates from French ‘Permis de Recherche Minière
2 : Licences are subject to a 1.5% royalty granted to Denham Capital and a 0.5% NSR royalty held by RCF. In addition, Denham Capital hold a US$10.5m deferred payment obligation which is to be repaid in the event that a mine is developed within the current licences.

The craton margin setting of the Nyanga Project area is considered to represent a region of relatively thin lithosphere which became the focus of strain during successive regional tectonic events resulting in the continued reactivation of potential crustal-scale fault networks which facilitated the emplacement of, potentially metal-sulphide rich, magmatic melts into the crust.

The three highest ranking targets coincide with two parallel structural trends (Figure 3). The Libonga North and Matchiti Central targets sit along a 20km long north to northwest striking feature defined as the Libonga-Matchiti Trend (“LMT”). The LMT has been delineated from magnetic and radiometric datasets and is characterised by a series of mafic and ultramafic intrusive bodies.

The Libonga North target sits at the northern end of the LMT and is coincident with a gravity anomaly (a dense body), a versatile time domain electro-magnetic or “VTEM” conductor and regional Ni-Cu (Cr) anomalism identified from geochemical soil sampling. The Libonga North target has been investigated by detailed field mapping with visible chalcopyrite occurrences identified in a number of field localities within the confines of the intrusion boundaries. Rock samples collected during the mapping programs were submitted for detailed whole rock geochemical assessment with results, interpreted independently, suggesting peridotite to gabbro fractionation suites, with the conclusion that the intrusions resulted from potentially multiple pulses of magma, bearing the potential for development of a mineralising system.

Preliminary geological modelling of the Libonga intrusion points to a sill-like body which plunges gently to the northwest (Figure 5). Initially, two high priority drill holes are planned to intersect the highest conductors interpreted from the existing VTEM data where there is spatial overlap with dense bodies mapped from the gravity data. 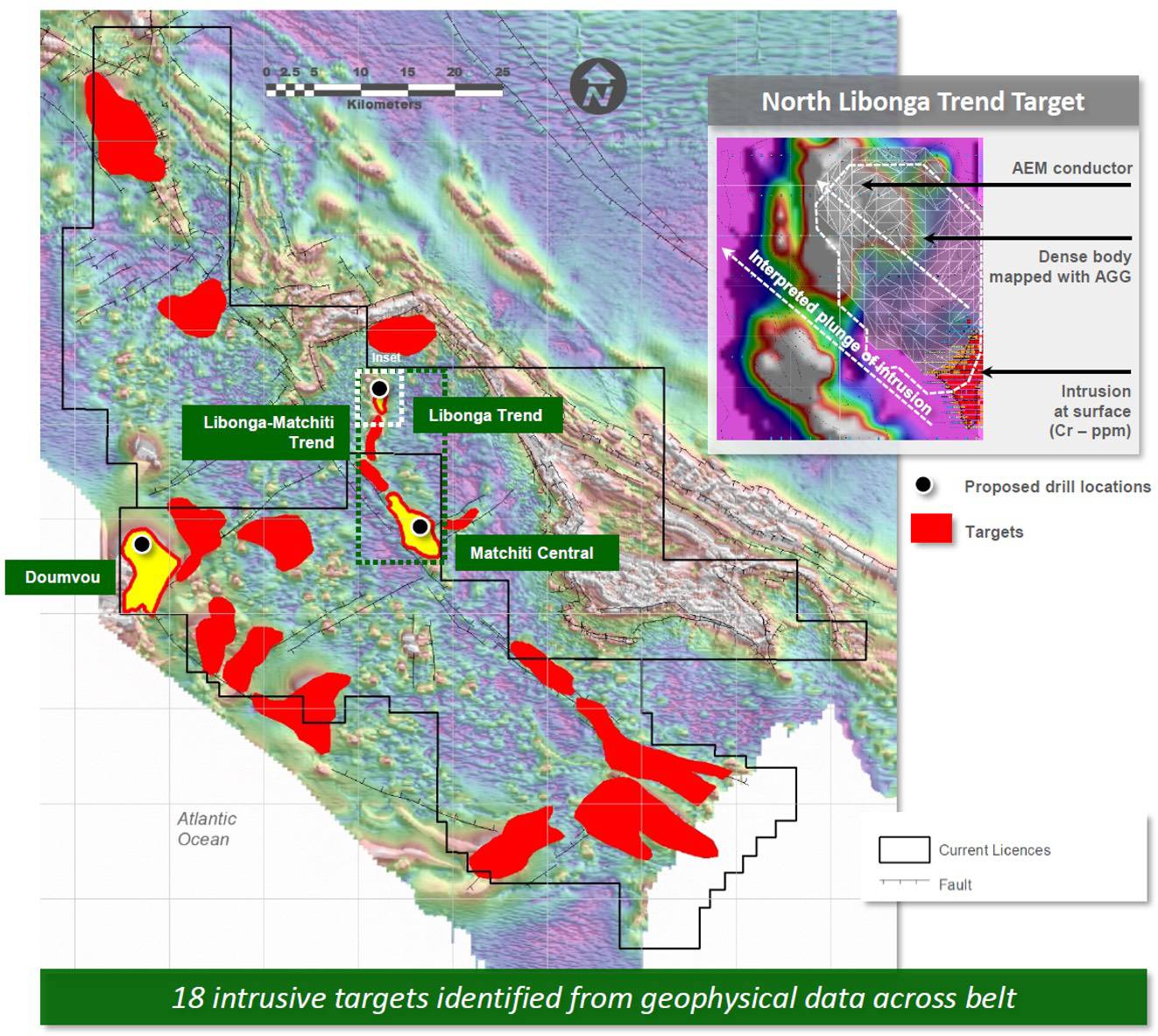 Figure 5: Detailed exploration targeting is the result of systematic dataset combination and analysis.